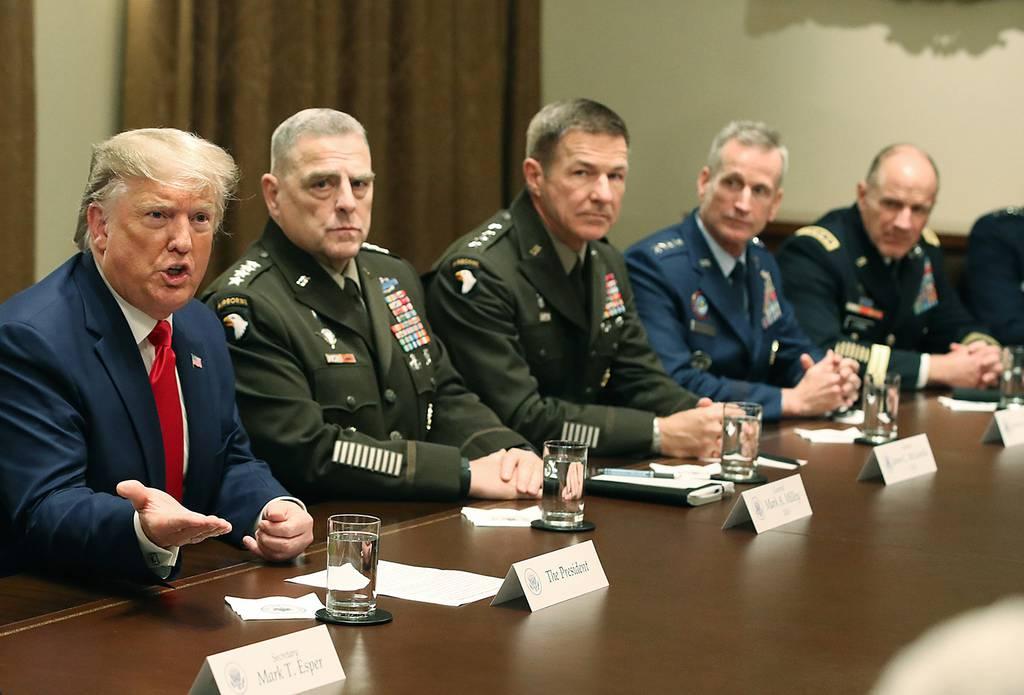 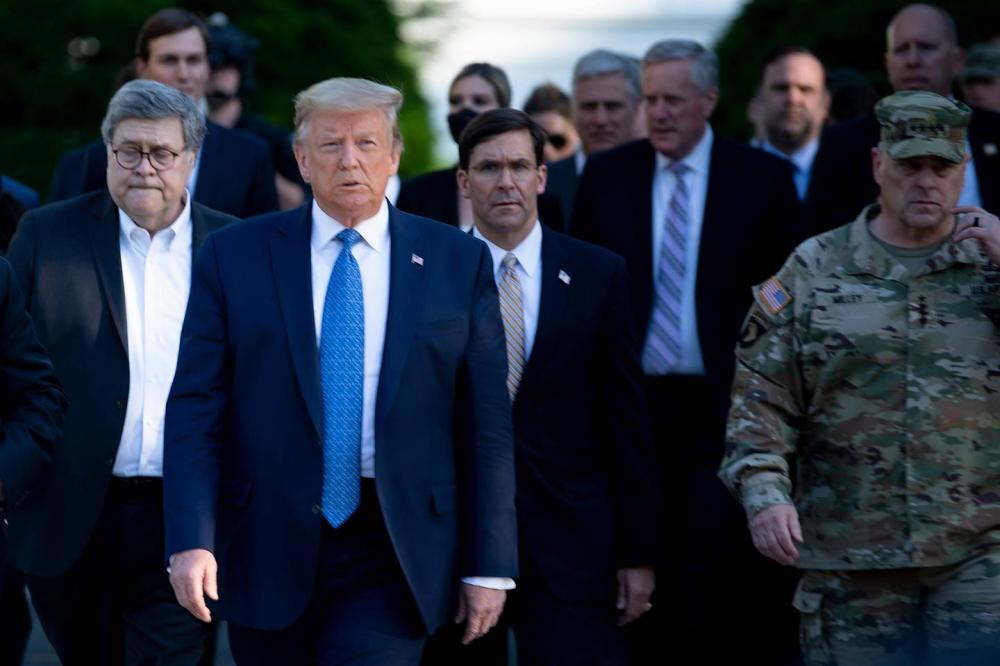 President Donald Trump walks with Attorney General William Barr, left, Secretary of Defense Mark Esper ,center, Chairman of the Joint Chiefs of Staff Gen. Mark A. Milley, right, and others from the White House to visit St. John's Church after the area was cleared of people protesting the death of George Floyd June 1, 2020, in Washington. (Brendan Smialowski/AFP via Getty Images)

In their book, “The Divider: Trump in the White House,” Baker and Glasser outline the departure of seemingly one top official after another, starting with the decision to replace former Commandant of the Marine Corps Gen. Joseph Dunford in late 2018.

“These were very untalented people and once I realized it, I did not rely on them, I relied on the real generals and admirals within the system,” Trump told the New Yorker about top military leadership, including generals Dunford, John Kelly and James Mattis.

Also revealed in the excerpt is a never-seen-before letter of resignation written by Chairman of the Joint Chiefs of Staff Gen. Mark Milley.

Written in the days and weeks following the killing of George Floyd and the resulting Black Lives Matter protests in 2020, Milley outlined how the Trump White House was causing fear and distrust of the military in the eyes of Americans across the country.

Milley also went on to detail how serving Trump meant going back on the oath all service members make to uphold the standards set forth in the U.S. Constitution.

Milley rounded out the letter he never sent — following advise from other prominent military leaders including retired Army Gen. James Dubik and former secretary of defense and CIA chief Robert Gates — by claiming that the president was undoing lessons learned and conflicts fought since the First World War.

“It’s now obvious to me that you don’t understand that world order,” he wrote. “You don’t understand what the war was all about. In fact, you subscribe to many of the principles that we fought against. And I cannot be a party to that. It is with deep regret that I hereby submit my letter of resignation.”

The full book will offer not just the chaotic relationships with military leaders but more in-depth looks at a number of controversial moments from the Trump years, including the months between the November 2020 presidential election and the Jan. 6, 2021, insurrection in Washington D.C.

Also included will be more insights behind the withdrawals and troop drawdowns in Syria, Iraq and Afghanistan, according to the excerpt.

Speaking to the president on the idea for a military parade, and highlighted in the excerpt as perhaps an overall theme held throughout the book, retired Air Force Gen. Paul Selva told Trump that after growing up in a dictatorship in Portugal, parades showing citizens who had the guns was a threat, and something that as Americans, “we don’t do.”

“So, you don’t like the idea?” Trump had reportedly asked him.

“The Divider: Trump in the White House,” is expected to be published late next month.