When potential military recruits consider a life in service, questions about basic training are typically among the first asked. While there are resources aplenty, particularly for Army basic training and Marine Corps boot camp, the Air Force’s barrier to entry is slightly more enigmatic. 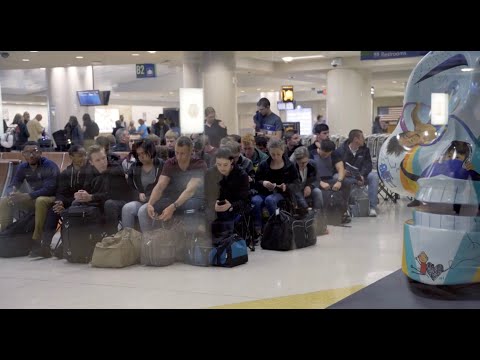 In an effort to provide transparency to would-be airmen about what they’re getting into, the service is releasing an eight-episode YouTube series that follows five recruits on their journeys from civilian to service member.

“The docuseries is an unprecedented look into the Air Force’s only Basic Military Training at JBSA-Lackland,” according to a statement from Air Force Public Affairs.

The episodes will share never-before-seen footage from BMT, filmed through the eyes of their five subjects. The service’s production crew chronicled these trainees’ experiences beginning in their hometowns and ending at graduation.

“This series aims to shine a light on the reality and professionalism of basic training,” Maj. Gen. Ed Thomas, the AFRS commander said. “We want future Airmen and future Guardians to know what to expect when they make decisions and prepare for this uncommon life.”

Episodes will be released on Thursdays at 7 p.m. CST from Oct. 28 through Dec. 23, with the exception of Thanksgiving, and they run between 37 and 43 minutes.

“This one of its kind production captures the unique experiences of 5 people looking for a change in their lives,” wrote Maj. Karl Wiest, Commander of the 3d Audiovisual Squadron in an email to Military Times. “Sometimes they succeed, sometimes they fail, but all of them learn new things about themselves in the process.”