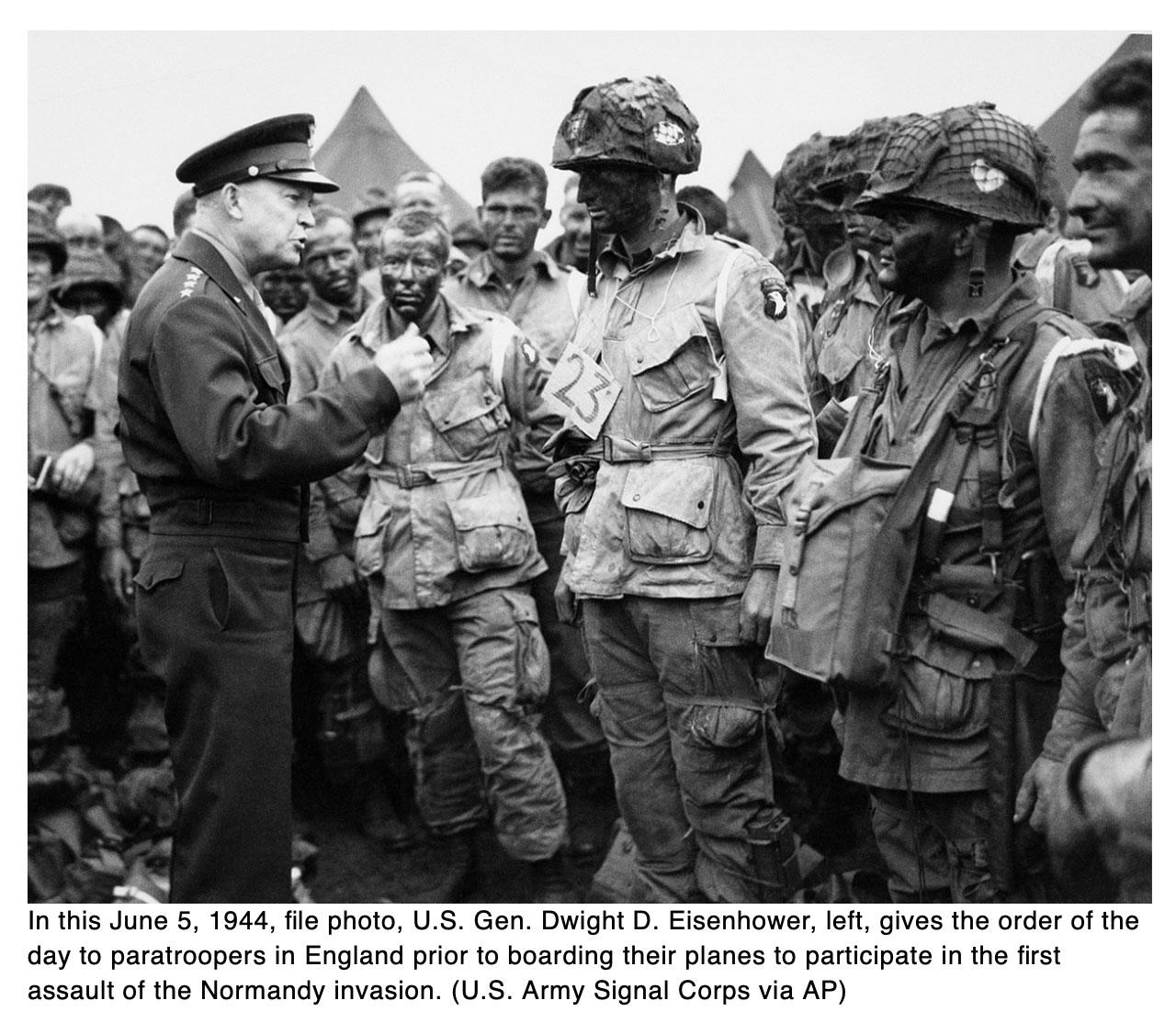 President Dwight D. “Ike” Eisenhower is among the most accomplished presidents in American history. He balanced the federal budget several times, created America’s interstate highway system and brought about the Civil Rights Act of 1957. And that all came after Eisenhower, promoted to five-star general of the Army during WWII, led a multinational coalition to victory over Nazi Germany and its Axis alliance. 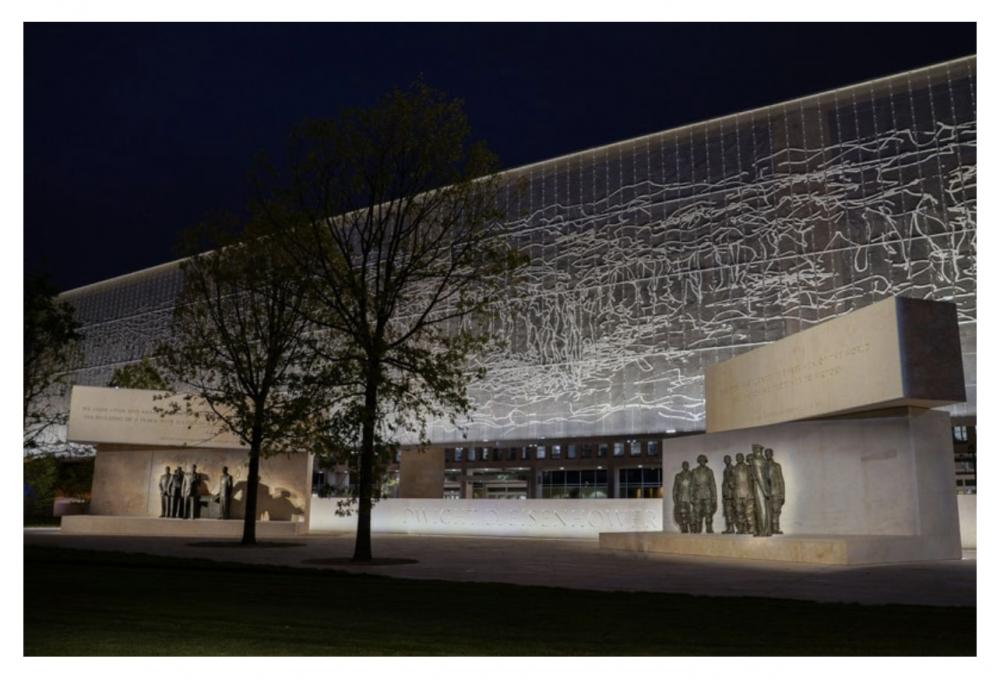 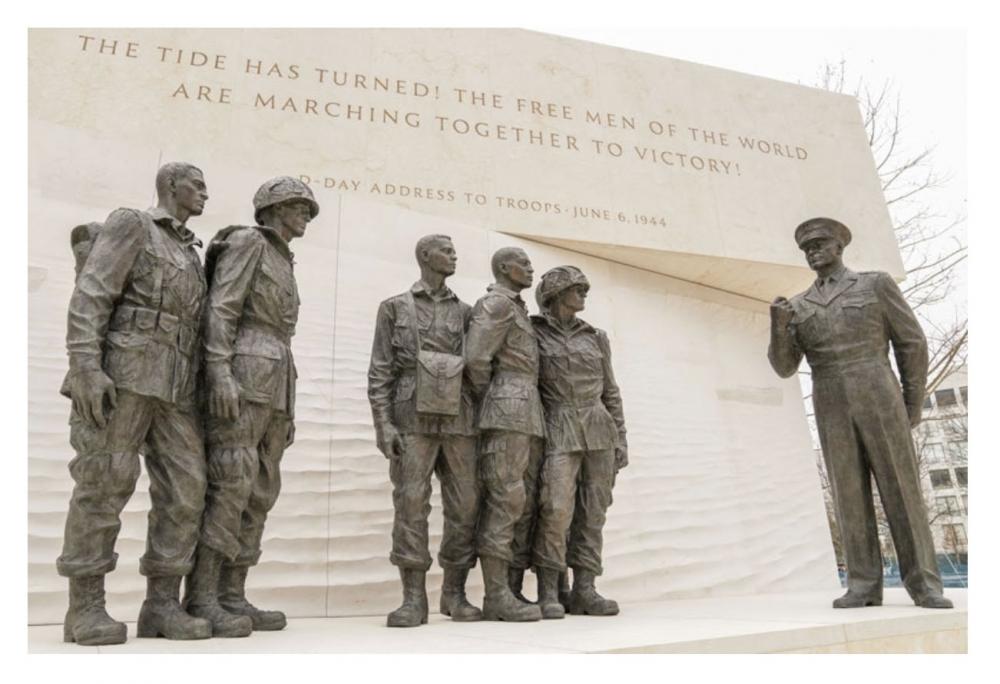 The 34th president will be honored on Thursday at the long-awaited opening ceremony of the Eisenhower Memorial in Washington.

“I am proud to honor Kansas' favorite son with the unveiling of the Dwight D. Eisenhower Memorial,” said Sen. Pat Roberts, chairman of the Eisenhower Memorial Commission, in a statement. “This memorial pays tribute to Ike’s historic leadership.”

For safety during the COVID-19 pandemic, the number of attendees will be limited onsite and the event will be livestreamed on Facebook beginning at 7 p.m. Eastern. The memorial was scheduled to open to the public in May, but that event was delayed due to the pandemic. Commissioned by Congress in 1999, the memorial didn’t break ground until November 2017.

According to the Eisenhower Memorial Commission, the project cost a total of $145 million. Some $15 million of that was raised through private donors and the rest was appropriated from Congress, which is typical for federal memorial projects.

The memorial is located at 540 Independence Ave., just south of the Smithsonian’s National Air and Space Museum. It sits on four acres and takes up more than half the city block it shares with the U.S. Department of Education building.

Two bench-lined paths zigzag south from the six-lane road, amid trees and other greenery, to reveal a large, semi-transparent metal tapestry depicting the Normandy coast, where Allied forces landed on D-Day. Two large stone blocks etched with quotations cap the dioramas at opposite flanks. Several bronze statues show Eisenhower as a powerful military leader and a thoughtful president with his military subordinates and political cabinet members looking on. The memorial also includes a statue of Eisenhower as a boy, which represents his humble and strong upbringing in Abilene, Kansas, said Frank Gehry, who designed the landmark.

The man behind the plan

Gehry is a world-renowned architect and an Army veteran. With a career in design that spans more than 60 years, the Eisenhower project is Gehry’s first federal memorial.

In the early 1950s, Gehry served with Third Army, which was also Gen. Eisenhower’s unit. He went on to join the Special Services Division, where he designed day rooms and service clubs.

“I remember him, of course,” Gehry said. “I always liked him. I thought he was a decent human being, as he came across.”

When Gehry began working on the memorial, he dove into Eisenhower’s past, even visiting his hometown of Abilene.

“I did my homework and came away in awe, I must say,” Gehry said. “He was a superb human being.”

From his West Point attendance beginning in 1911 to his post-war service in 1953, on through his two-term presidency, Eisenhower was always moving forward.

On his role in the Normandy invasion during WWII: “That’s quite enough for one lifetime, I think,” Gehry said. “And he did much more than that as president.”

Eisenhower shot through the ranks as he shouldered increasing responsibility during World War II.

In March 1942, Eisenhower was promoted temporarily to major general. Just four months later, he received another temporary promotion, to lieutenant general, then led successful Allied invasions of Northern Africa with Operation Torch and the Tunisia campaign. In February 1943, he was temporarily promoted to general before being receiving two permanent promotions on the same day — brigadier general and major general — on Aug. 30, 1943. In December 1943, Eisenhower was appointed supreme commander of Allied Expeditionary Forces. Operation Overlord was launched June 6, 1944 on the shores of Normandy. The D-Day invasion tested Eisenhower’s strategic prowess and confirmed his place among military greats. Eisenhower was promoted to 5-star general of the Army on Dec. 20, 1944.

The cost of war

But for all the military accolades, Eisenhower knew the cost of war and it humbled him. In a June 12, 1945, radio address at Guildhall in London, a year after the Normandy invasion, Eisenhower accepted the Freedom of London Award from the city. He offered his thanks for the distinction and expressed regret over the need for the appointment of an Allied commander in chief and the cost of war.

“Humility must always be the portion of any man who receives acclaim earned in blood of his followers and sacrifices of his friends,” Eisenhower said.

What made Eisenhower a great leader, both in the military and political arenas, were his skills in diplomacy and people management. said Susan Eisenhower, a foreign policy strategist and granddaughter of Eisenhower, whose new book “How Ike Led” looks at the principles that drove some of the important decisions the president faced.

“He managed in an extreme way to keep a factious alliance together,” Susan Eisenhower told Military Times. “Which was sometimes easier and sometimes difficult, but he understood that unity of purpose was what was required to win in the European theater.”

It was unprecedented to have an American military commander lead an international effort such as the one brought about by the Second World War.

“His subordinates were fully integrated,” Susan Eisenhower said. “By the time D-Day comes around he is given the authority over the Army, the Air Force and the Navy and that integrated control makes him one of the greatest advocates for an integrated command in the form of the Joint Chiefs and other things as the post war period comes.”

Though Eisenhower is revered today as a military leader and as a president, there were critics of his time who claimed he wasn’t doing enough or didn’t come off very polished during some interviews, wrote Chester J. Pach Jr., an associate professor of history at Ohio University.

In a 2017 C-SPAN Presidential Historians Survey, Eisenhower ranked fifth among all presidents up to the Barack Obama administration, set below presidents Abraham Lincoln, George Washington, Franklin D. Roosevelt and Theodore Roosevelt. According to the survey, Eisenhower had ranked ninth seven years prior.

Pach attributes Eisenhower’s rising score to the release of more records and papers throughout the years giving historians more material to cover.

Editor’s note: This article was updated to correct the date of Eisenhower’s Guildhall address in London and clarify his military chronology.