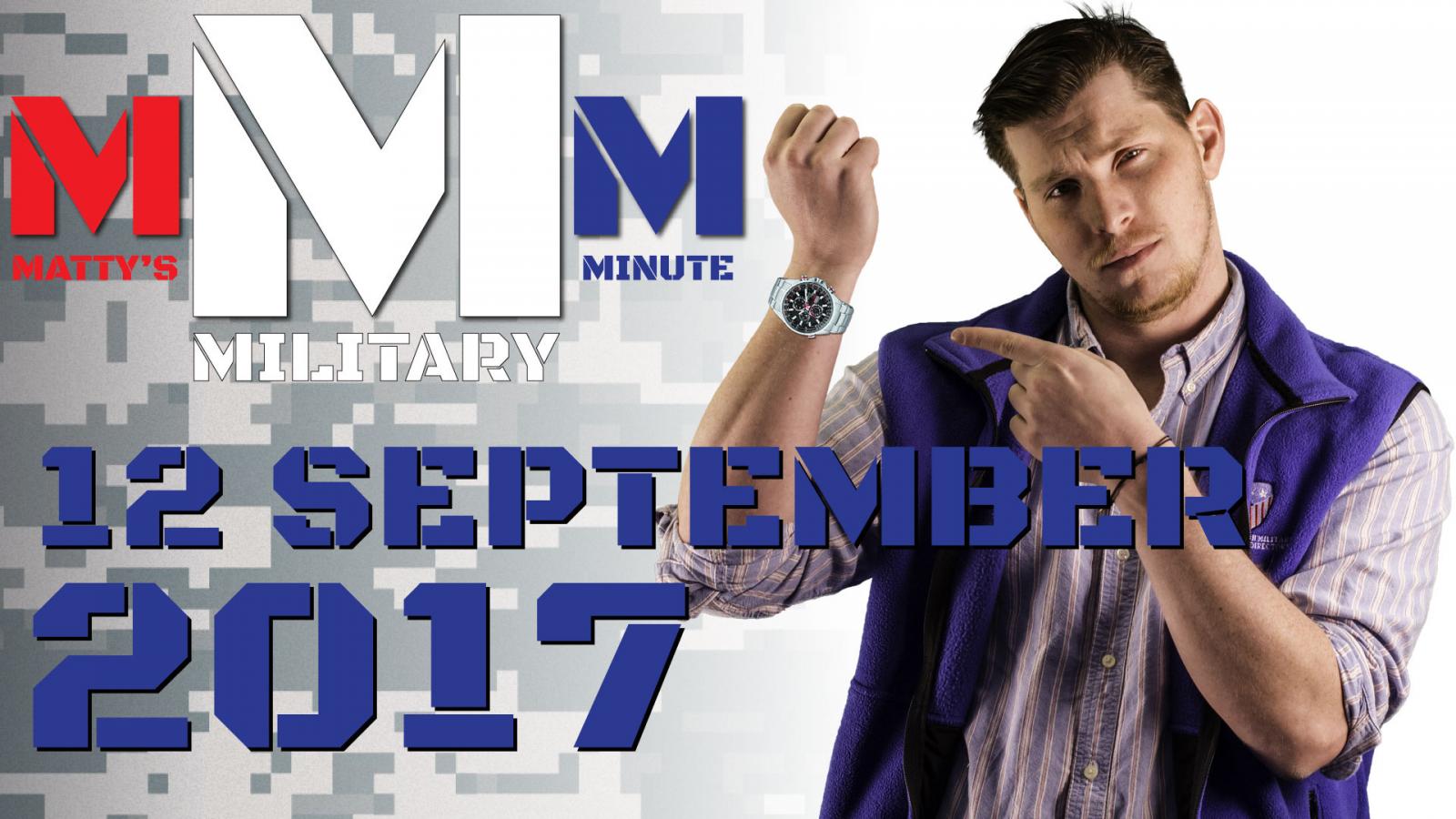 Today's episode of the Military Minute covers the military's hurricane relief efforts, a despicable act by a Guardsman, and events in the capital for Friday's POW/MIA Recognition Day.

"The Army has positioned more than 16,700 soldiers as well as civilians from the Army Corps of Engineers in the U.S. Virgin Islands, Puerto Rico and continental United States to assist with recovery efforts in the wake of Hurricane Irma.

More than 150 boats, 3,400 trucks and 680 generators are in use or have been made available to governors of states and territories where the hurricane made landfall, Army spokesman Col. Patrick Seiber said in an email Sunday.

“Governors are best postured to determine the needs of their residents and establish response priorities, and are currently using Army National Guard soldiers to help meet those needs,” Seiber said.

The active Army is involved as well."

"Authorities say a National Guardsman has been jailed after a reported threat against Vice President Mike Pence before his visit to Pennsylvania for the annual observance of the Flight 93 crash.

If you're interested in working with cutting-edge technology and are a retiree, veteran, or active duty service member, send me an email at Matt@WaMilitary.com.

We're always working to expand the accessibility of military resources, and with your help, we are taking a big step.