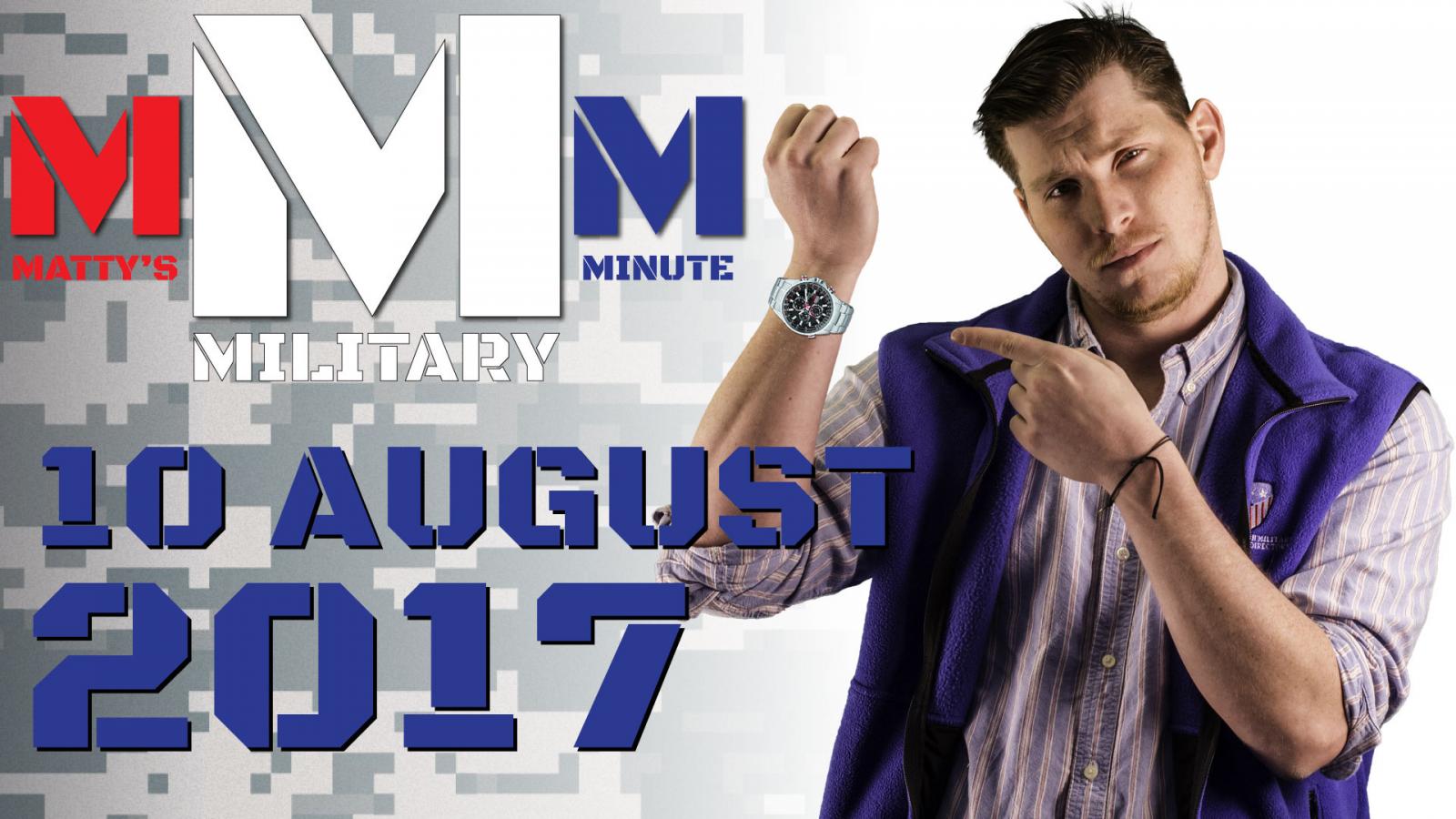 The WAMilitary Minute gives you 4 of the latest and greatest stories from our military world every Tuesday and Thursday. Today's briefing continues our coverage of the North Korean nuclear situation, as Secretary of Defense James Mattis gave a stern warning to the country if they should choose to continue the aggressive behavior.

US Defense Secretary James Mattis issued a dramatic ultimatum to North Korea on Wednesday to "cease any consideration of actions that would lead to the end of its regime and destruction of its people" -- strong words that come just one day after President Donald Trump warned that the US could unleash "fire and fury" on Pyongyang.

"The DPRK must choose to stop isolating itself and stand down its pursuit of nuclear weapons," Mattis said in a written statement, adding that the "regime's actions will continue to be grossly overmatched by ours and would lose any arms race or conflict it initiates."

Mattis has consistently said that he prefers to resolve issues over North Korea's missile and nuclear programs through diplomacy -- noting military action could yield catastrophic consequences.

Jungle Uniforms on the way

In January, U.S. Army uniform officials will begin an evaluation of the service’s new Improved Hot Weather Combat Uniform by issuing the lighter, more breathable uniform to thousands of soldiers in Hawaii.

The new IHWC is the result of a directed requirement to outfit soldier with a jungle uniform suitable for operations in the Pacific theater. This follows a similar effort that recently resulted in the Army fielding 9,000 pairs of new Jungle Combat Boots to the 25th Infantry Division’s 2nd and 3rd Brigade Combat teams in Hawaii between March and August.

Northwest Adventure Center’s End-of-Summer Sale & Block Party Saturday, Aug. 12. From 9 a.m.–5:30 p.m., find savings on all gear, clothing and equipment in the new retail store. From 3–10 p.m., enjoy fun, food and friends with DJ music, karaoke, games, prizes, inflatables and a beer garden. Also play bingo for ODR prizes at 4 and 7 p.m., and blackout bingo at 9 p.m. with a chance to win a staycation valued at $245 (boat rental & lakeside cabin).

Soldiers to the Workforce Hiring Event

Thursday, August 17th from 11 am to 1 pm at the American Lake Conference Center we have this HireG.I.-led event for transitioning military, veterans, reservists and their families. Included in the fair will be companies like Geico, KeyBank, BECU and many more local and national companies.