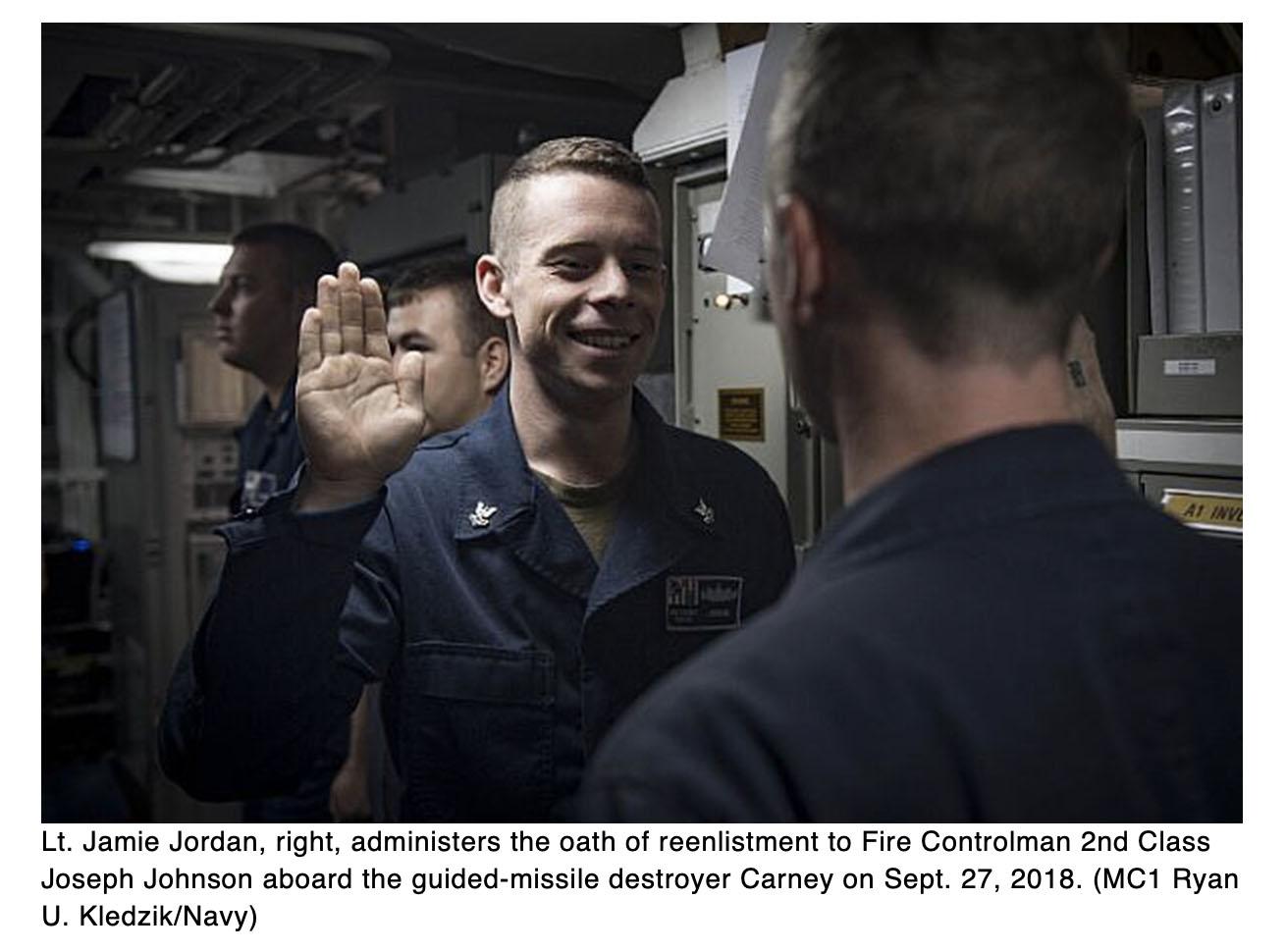 The Navy has made 78 more ratings eligible for a reenlistment bonus of up to $100,000 in fiscal 2021, and increased payouts for 14 more — but the bonuses for 51 skill sets already eligible will decrease and 44 ratings have been eliminated from the program, according to the service. 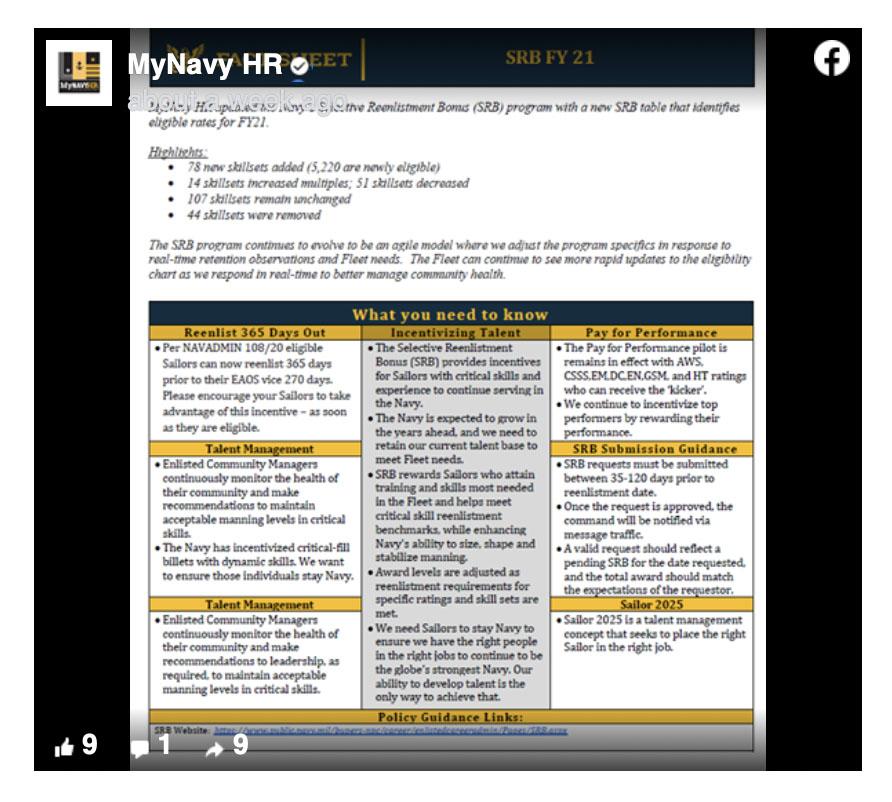 The payouts for 107 ratings remain unchanged.

“Changes occurred over a wide range of ratings but in general, we’ve aligned bonuses to ‘in demand’ skill sets,” the Navy said in a fact sheet released Sunday.

“We’ve done due diligence to ensure that we have bonuses in the right ratings at the right time to ensure maximum warfighting capability.”

The expanded list of eligible skillsets paves the way for more than 5,200 sailors to now qualify and take advantage of a Selective Reenlistment Bonus offering.

These award levels are always in flux, however, so eligible sailors who plan to reenlist should do so expeditiously so they can take advantage of the offer.

“The SRB program continues to evolve to be an agile model where we adjust the program specifics in response to real-time retention observations and Fleet needs,” the Navy said in the fact sheet.

Meanwhile, funding for this fiscal year has yet to be approved due to congressional inaction. In September, both chambers of Congress passed a continuing resolution to fund the Department of Defense through Dec. 11, which maintains funding at FY20 levels.

The Navy announced in April that it was changing its policy so sailors could reenlist up to a year ahead of their end of service date, rather than within 270 days of their End of Active Obligated Service.

That opened the door for approximately 10,000 more sailors to join the Selective Reenlistment Bonus program, according to the service.