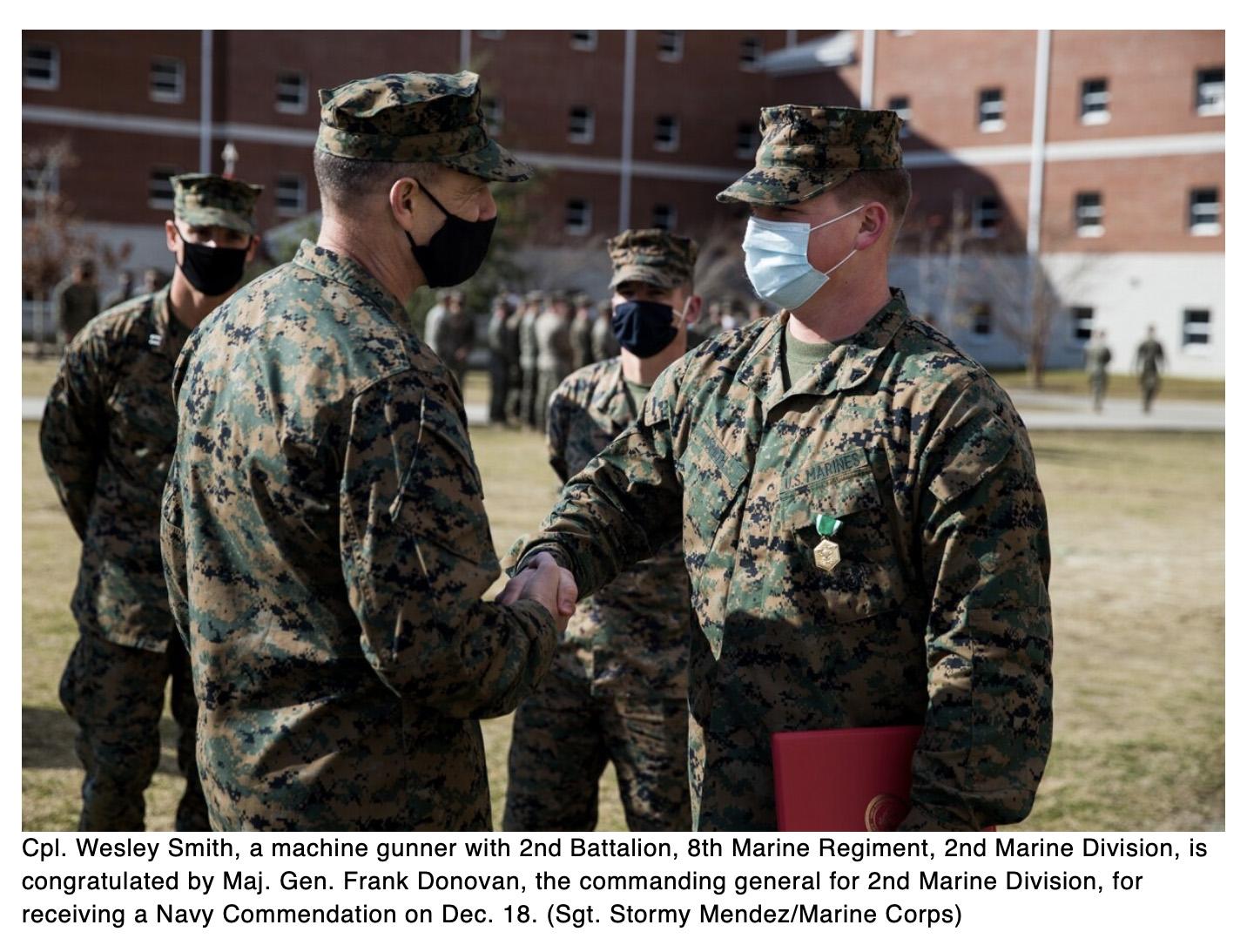 A Marine from Gulf Company, 2nd Battalion, 8th Marines, received the Navy Commendation Medal Thursday for his actions saving another Marine, a press release from the Corps said.

In early November Cpl. Wesley Smith — a Manchester, Kentucky, native and machine gunner in the Camp Lejeune, North Carolina, based infantry unit — really stepped up when his neighbor rushed to his door asking for help with her unconscious husband.

Quickly heading next door, Smith saw the Marine passed out and immediately administered CPR, according to the press release.

“Once I realized something was wrong, my adrenaline began to rush,” Smith said. “It was easy to rely on my Marine Corps training to assist a fellow Marine in trouble.”

Once the Marine on the ground started to breath again, Smith placed a call to his company’s medical officer, Navy Lt. j.g. Louis Perez, to see what else he could do.

“I was speechless, and the fact that I was watching a Marine attempting lifesaving interventions, real-time, on a phone, was surreal,” Perez said in the release.

“I had to pause for a second to assess the situation and realize what I was watching to ensure we were doing everything we could to assist the Marine in this matter,” he added.

The emergency medical responders who took the Marine to the hospital cited Smith’s actions as key to saving the Marine’s life.

“As Marines, taking care of each other is in our blood,” Lt. Col. Doug Bahms, the 2/8 Battalion Commander said in the release. “We depend on each other in the worst of times, and when Cpl. Smith was called upon to help a fellow Marine, he acted without hesitation.”

“Smith epitomizes the best qualities of what it means to be a Marine and a noncommissioned officer, and we should all strive to emulate his actions,” he added.

It took Smith a few days before he realized the role he played in saving another Marine’s life.

“I’m glad I was there to keep this family whole,” Smith said.