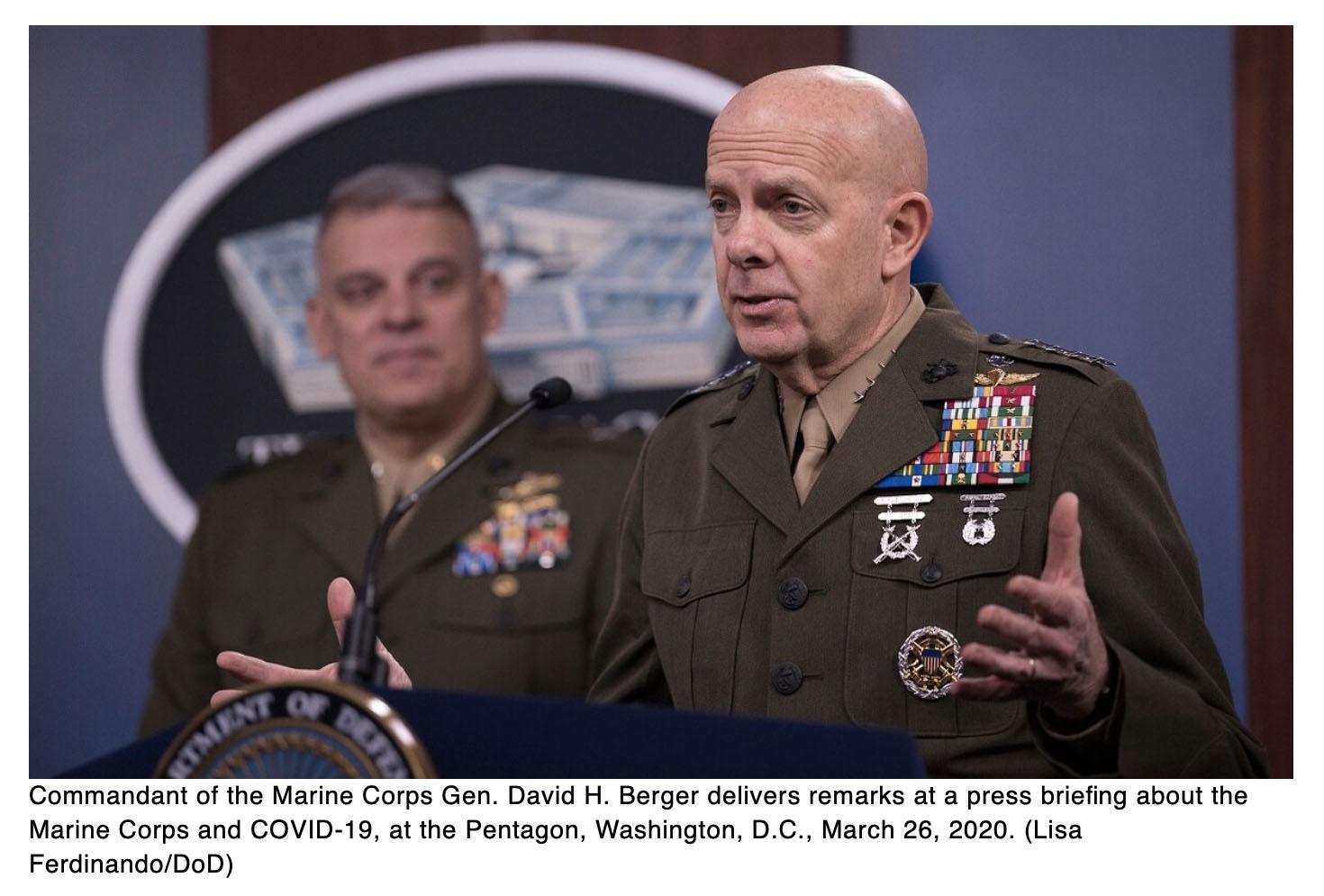 Though he never said the word, the COVID-19 pandemic loomed largely in the 2020 birthday address from Marine Corps Commandant Gen. David Berger to the Corps.

“If there were a watchword for 2020, the shortlist would certainly include ‘change,’ ‘uncertainty,’ and 'adaptation,” Berger said in the opening sentence of the address.

Since March the potentially deadly COVID-19 virus has infected 7,415 Marines, according to the Department of Defense, transformed recruit training and curtailed long-planned Marine training exercises.

As the birthday ball season starts for the Corps, the pandemic is being felt once again with outdoor, socially distance and masked cake cuttings replacing the jubilant revelry of balls in the past.

“While this year’s many challenges are significant and unique, they are not unprecedented, and it is important to remember that our Nation and Corps have endured difficult times in our past,” Berger said in his message to the Corps.

In addition to marking the 245th birthday of the Marine Corps, 2020 marks the 75th anniversary of World War II battles like Iwo Jima and Okinawa, in Japan, the 70th anniversary of Inchon and the Chosin Reservoir during the Korean War, and the 55th anniversary of Marines arriving in Da Nang, Vietnam, Berger reminded the Corps.

“From the past, we draw strength, pride, and a responsibility to carry on the warfighting heritage our predecessors built. We must also recognize our tradition of continuous adaptation–one that should inspire our current force modernization and innovation efforts,” Berger said.

“As has been the case in the past, today’s threats require us to fight as a cohesive team, and our ability to succeed will depend on the Honor, Courage, and Commitment of each individual Marine,” he added.