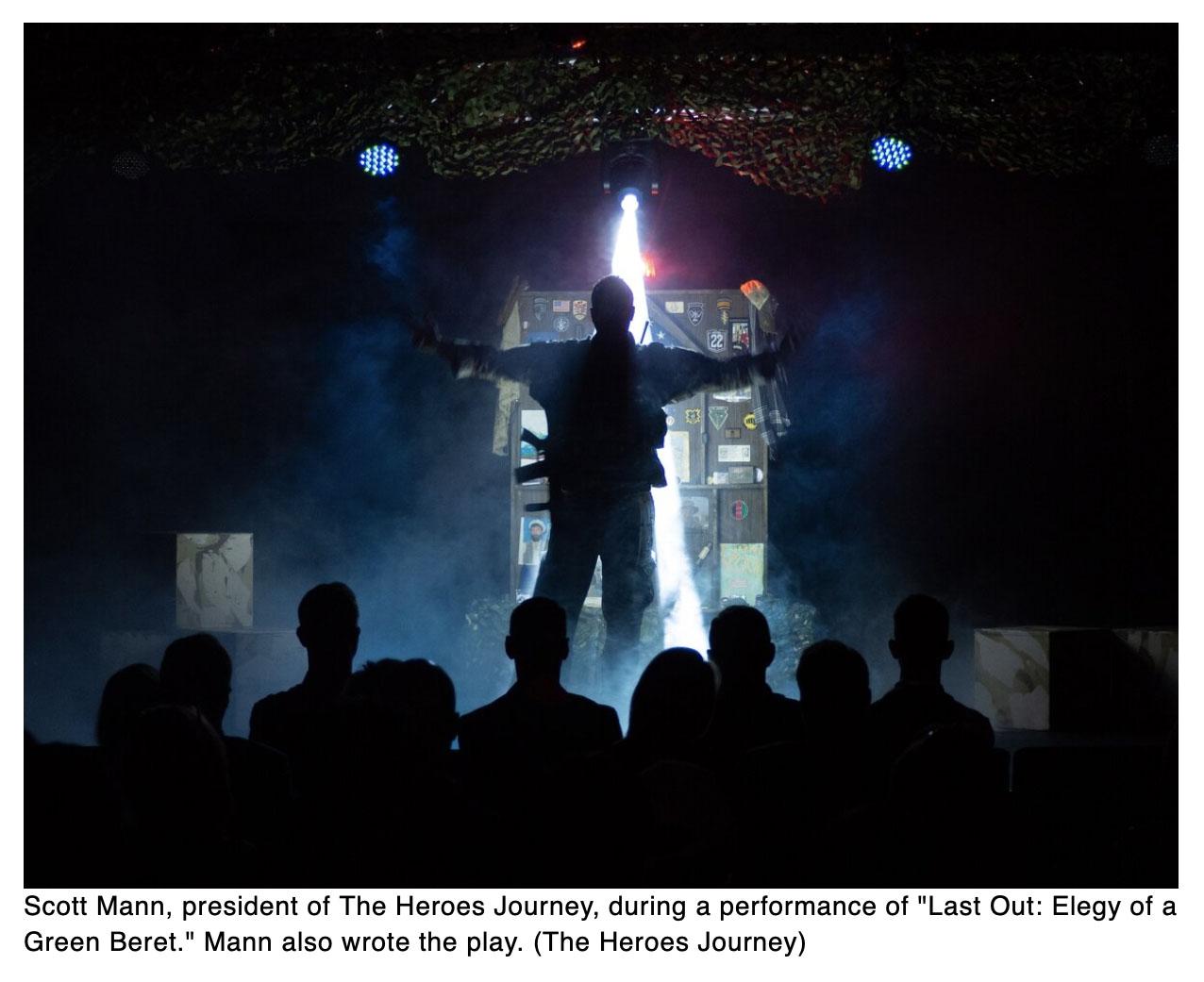 The Veterans Day event will feature music from veteran groups, intimate storytelling from individual veterans and theatrical performances of scenes from “The Things They Carried,” “All My Sons,” and “Last Out: Elegy of a Green Beret.” The performances feature veteran actors who will explore issues of combat trauma and racism in the military, according to a media release.

“Right now, more than ever, we need the combat storytelling of our veterans and military families to honor, connect, and heal our nation,” Scott Mann, the organization’s president, said in a promotional video for the event. “When you’re in trouble, you have to get to better ground.”

Tickets for the Wednesday livestream, which will run from 7 p.m. to 8:30 p.m. EST, are $10, and a recording will be available after the event. All proceeds from the ticket sales will go toward the renovations of the theater project.

Mann is a retired Army Green Beret lieutenant colonel with multiple combat deployments as a member of 7th Special Forces Group. He wrote “Last Out” and will perform scenes from it in Wednesday’s benefit event.

The organization plans to open the Heroes Journey Performance Center in fall of 2021, says Mann. The center will be in a repurposed warehouse near Tampa’s historic Ybor City neighborhood.

“We’re gonna take this warehouse that’s kinda scuffed-up, like we are as veterans, and make it into a performance space,” said Mann in an unreleased video walkthrough.

The center, which already is partially renovated, will have a black box-style theater space seating audiences as large as 200, said Mann. In the walkthrough, he describes it as a space where “veterans can come in and they can their stories from the stage,” highlighting theater performances and musical storytelling as two potential mediums.

The converted warehouse will also have a to-be-determined number of multipurpose classrooms to facilitate free storytelling workshops for veterans, as well as psychiatric trauma interventions. The organization also hopes the center will also create employment opportunities.

Heroes Journey plans to cover the center’s operating expenses through ticket revenue and by allowing the public and other community nonprofit organizations to rent and utilize the theater and classrooms on a limited basis.

They are yet to determine exactly how they’ll approach partnerships with other nonprofits, Dunn said, though she explained that they see the center as a valuable space for organizations beyond just their own.

“We will make the theatre accessible for other veteran groups and performers,” he said.

In the walk-through, Mann expressed confidence that the center could have a national impact beyond the local community, envisioning the space as “the nationally-recognized place to gather for combat story-telling.”

An earlier version of this article said the performance would also address military sexual trauma. Heroes Journey has since informed Military Times of a line-up change removing the topic from the event.