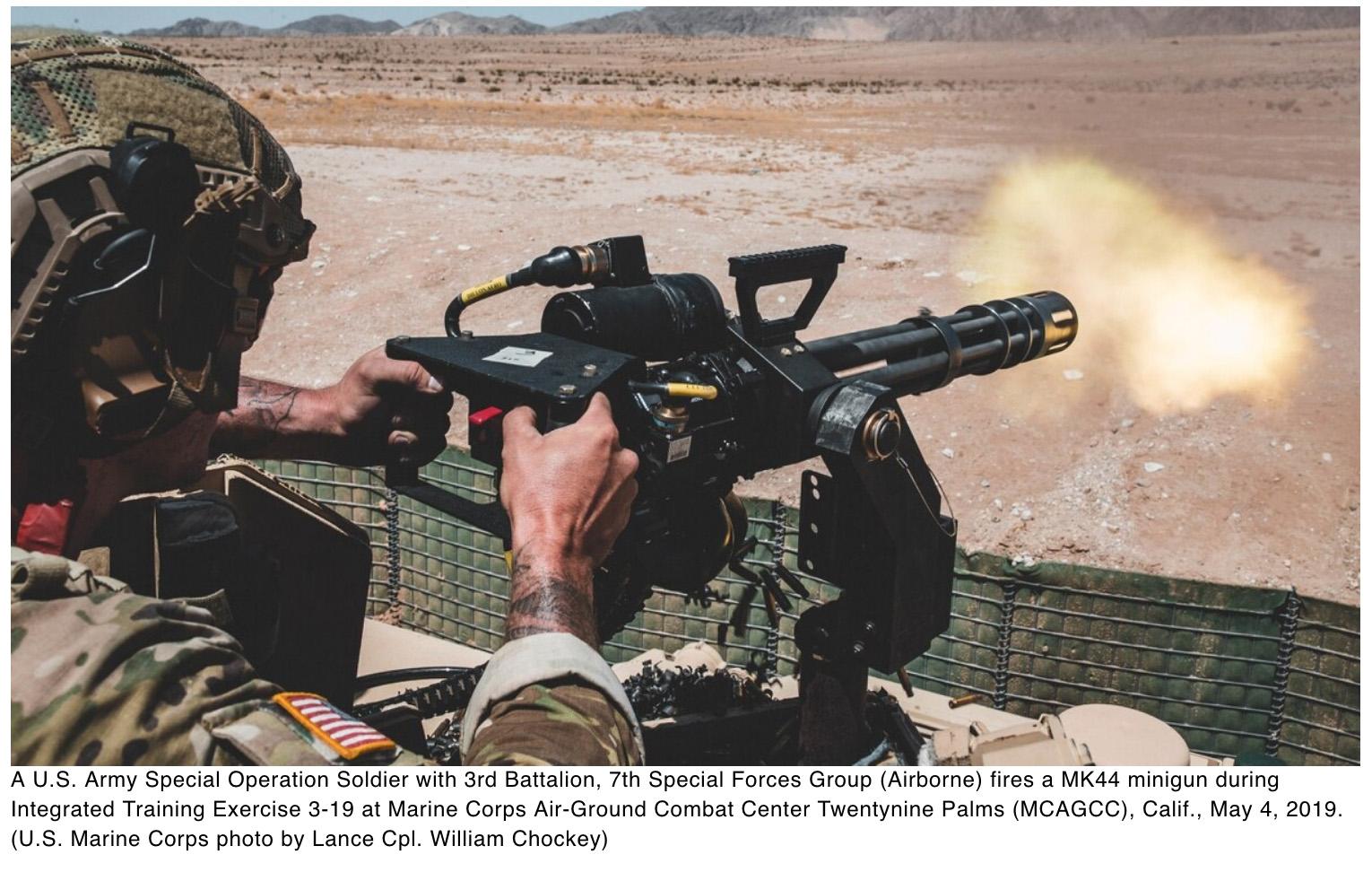 According to a solicitation posted to the federal government’s official contracts site, US Special Operations Command appears to be hunting around for new optics for its crew-served weapons. 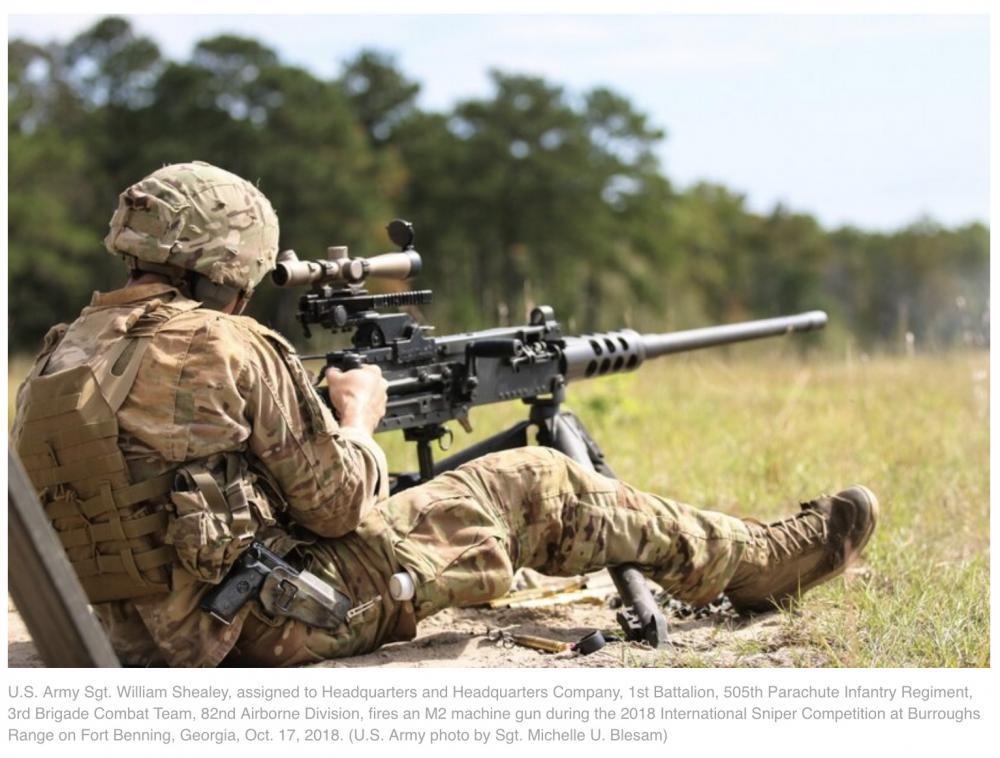 The solicitation, still currently active, was tendered by Naval Surface Warfare Center Crane in mid-January for a Crew Served Weapons Optic that can be mounted on and effectively operated with SOCOM’s vast arsenal of mounted machine guns, including the M2A1 (.50 caliber heavy machine gun), the M240 (the 7.62 NATO mainstay general-purpose machine gun), and the Mk44 minigun (also chambered for 7.62 NATO).

Mounting optics to crew-served weaponry isn’t anything new or groundbreaking, with a history tracing back beyond the Vietnam War. Legendary sniper Carlos Hathcock was known to generate confirmed kills using an M2 “Ma Deuce” with scope mated to a custom-built mount. Indeed even miniguns have been occasionally spotted over the years with EOTech holographic sights.

Regardless, it’s interesting to see SOCOM pursue what appears to be a one-size-fits-all solution that can work with a wide variety of mounted weapons instead of an optic that works well with just one or two platforms in particular.

Though the solicitation does not include any public information on the exact specifications of the CSWO that SOCOM intends to pick up in the coming months, it wouldn’t be unreasonable to assume from the above that the optic would be of fixed magnification. Not a whole lot more can be inferred, however.

As with most solicitations posted by Crane to the federal contracts site, the end-user (i.e. one or more of SOCOM’s various special operations forces) of the CSWO has not been specified.

The contract’s stipulations mandate that bidders need to provide a soft case for the optic, a commercial battery, user manual, lens cloth, a lanyard, and mounting hardware — all fairly standard equipment and accessories.

The Firearms Blog reports that at the very least, SOCOM will buy 200 optics, though the order could potentially rise up to over 1,500 optics depending on the needs of the units that will field the CSWO.