HomeMilitary NewsTo get more female pilots, the Air Force is changing the way it designs weapons

To get more female pilots, the Air Force is changing the way it designs weapons 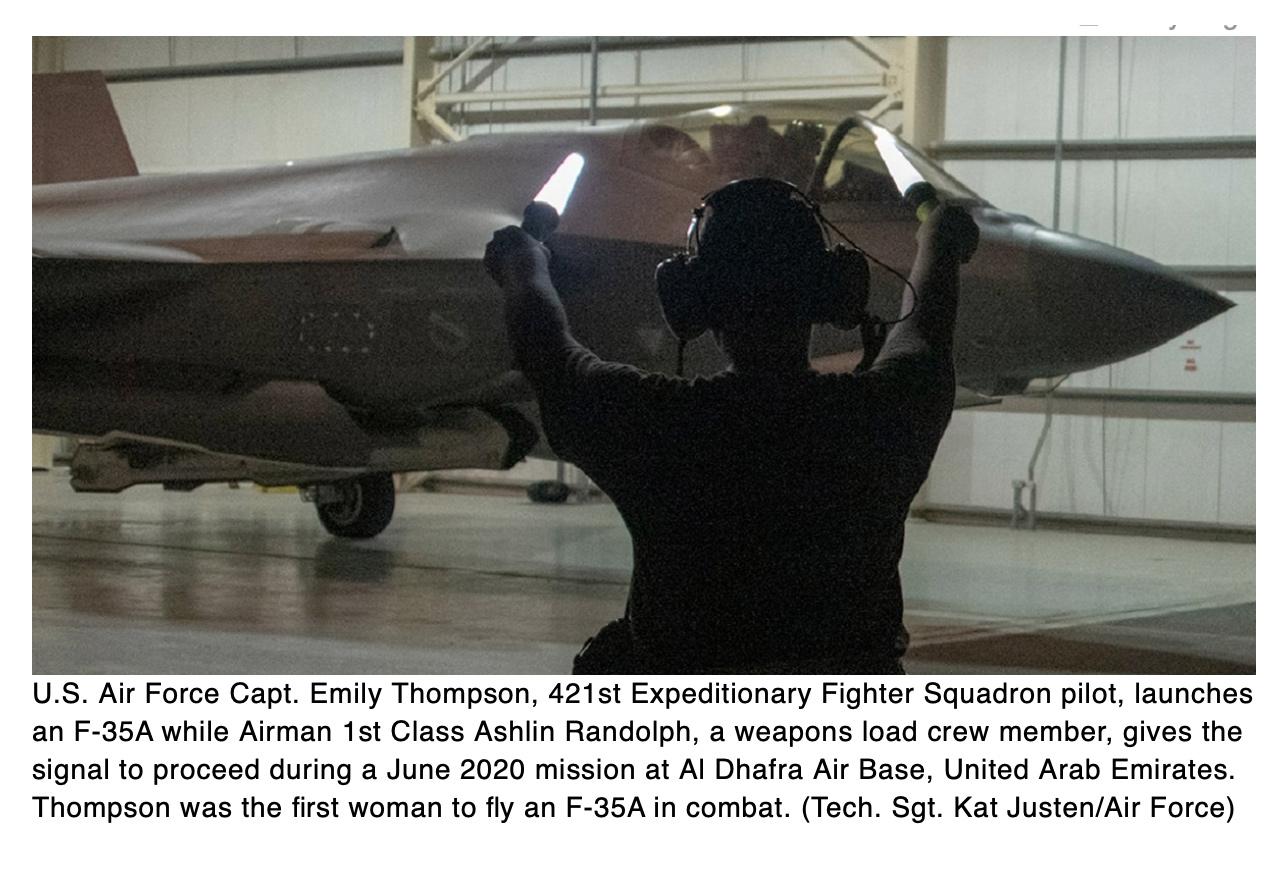 But for all of the modern advances of the new jet, only 9 percent of women in the Air Forcecurrently meet the body-size standards for piloting the legacy F-15 and possibly also the new EX variant, potentially blocking highly qualified pilots from flying a platform that will be in operation for decades to come.

Like the vast majority of the Air Force’s aircraft and aircrew equipment, the F-15 was designed to meet the anthropometric specifications of a male pilot in 1967. But in an Aug. 4 memo, the Air Force mandated that future weapons programs use current body size data that reflects the central 95 percent of the U.S. recruitment population — a move meant to make pilot and aircrew jobs more accessible to women and people of color.

Air Force acquisition executive Will Roper, who signed off on the changes, said there is a strategic imperative for opening the door to a more diverse pool of pilots and aircrew.

During a war with a near-peer, technologically advanced nation like China, the U.S. military will have to contend with a well-trained, highly educated force that might outnumber its own, he said. By fielding weapon systems that can only be used by a smaller portion of the U.S. population, the Air Force could be shutting out some of its most promising potential pilots or aircrew.

“The human factor is a delineator and it likely will be against an adversary like China, where I believe we will have a greater propensity to trust the operator in the seat, to delegate more, to empower more and take greater risk in that delegation,” Roper told Defense News in an exclusive Aug. 6 interview.

“All well and good when you’re a country that’s going to face a country with a population that’s four times your own by the end of this decade,” he said. “But if we begin with a recruitment population that we’ve artificially halved because of how we design our cockpits and workstations, we’ve just doubled our work, and now we make every operator in the seat have to be eight times better than the counterpart they will face in a nation like China.”

The new guidance directs the Air Force Lifecycle Management Center to conduct a study that will solidify a more inclusive anthropometric standard that would include 95 percent of the U.S. population eligible for recruitment in the U.S. Air Force.

But until that wraps up, all new-start Air Force programs must be designed with cockpits, aircrew operating stations and aircrew equipment that accommodates eight anthropometric data sets. These eight cases use measurement data from the Centers for Disease Control and represent a range of body types including individuals who are short in stature, have short limbs or have a long torso.

The legacy design parameters — which stem from a 1967 survey of male pilots and measure everything from a pilot’s standing height, eye height while sitting, and reach — have effectively barred 44 percent of women from being able to fly aircraft unless they receive a waiver, with women of color disproportionately affected, the Air Force stated.

Even after a waiver is granted, the pilot will remain disqualified from certain platforms regardless of his or her aptitude. Then, when future requirements are defined for new platforms or equipment, the systems are usually designed to meet the existing pool of pilots, creating a self-perpetuating problem.

“It is a hidden barrier with multiple layers,” said Lt. Col. Jessica Ruttenber, an Air Force mobility planner and a leader of the Women’s Initiative Team that advocated for the change in anthropometric standards. “People are trying to do the right thing, but the barriers are baked into legacy policy. And without even knowing it, they’re kind of cut and pasting the same standard.”

Ruttenber said the new guidance addresses the root of the problem by establishing new design specifications — ensuring platforms are engineered to accommodate a wide range of body sizes from the start of the development process, rather than papering over the problem with waivers after the fact.

“[For] the next inter-theater airlift that is going to replace the C-130 or C-17, we can’t get the anthropometric data wrong or women are still going to be eliminated 30 years from now. The C-130 and C-17 still eliminate one out of three women from flying it,” she said.

For more than a year, the Women’s Initiative Group worked with Chief Master Sgt. Chris Dawson, the career field manager for the Air National Guard’s career enlisted aviators, on trying to garner funding for an anthropometric study for CEAs.

“There were so many communities we had to coordinate with that we realized really quickly that this has to come from the top down or we’re not going to be as successful,” Ruttenber said. After meeting with Roper, the Women’s Initiative group was granted $4 million for the study.

Ruttenber, a KC-135 pilot, remembers being pulled out of her first pilot training class in 2005 because her physical examination indicated that she didn’t meet the standing height requirement of 5-foot-4 by a fraction of an inch. She then sought a waiver that would allow her to fly.

Since then, the Air Force has made the process to obtain a waiver less arduous, and it recently removed the initial height requirement — although some platforms still require pilots to meet the 5-foot-4 standard. Newer aircraft such as the F-35 joint strike fighter and the T-7 trainer currently under development will also accommodate a wider height and weight range.

However, Ruttenber pointed out that the specifications for legacy aircraft will remain a hurdle for the progression of female pilots.

Roper said he is working with defense contractors to see whether there can be modifications made to legacy platforms — or upgraded versions like the F-15EX — that will accommodate operators with a wider range of body sizes.

But whether those changes are ultimately made will depend on if they are technically feasible and funding is available for design changes.

At the time of the Aug. 6 interview, Roper had already spoken to some defense industry executives — including those from Lockheed Martin — about the new guidance and planned similar phone calls with Boeing and Northrop Grumman officials over the coming days. The reaction from industry so far has been “very positive” but “very surprised” that such bias still exists, he said.

However, Roper acknowledged that more work has yet to be done.

“Changing the policy is one thing. Changing the platforms is another. And that’s going to require cost to do. My next job, aside from designing future systems differently — which we’ll do — is to find options to bring systems into greater compliance with the new policy and then to advocate tooth and nail for the funding needed to do it,” he said. “The litmus test for the Air Force long term has got to be balancing accommodation with the technology for future platforms.”

Corrected on 8/19/2020 at 6:15 p.m. to provide the proper designation of the aircraft Ruttenber for which was measured.